In the latest of our series of video reports from the 2022 World Veterinary Association (WVA) Global Welfare Awards, sponsored by our major client, Ceva Animal Health, we show the results of some online video recording lessons shared with the winner for Asia and Oceania. 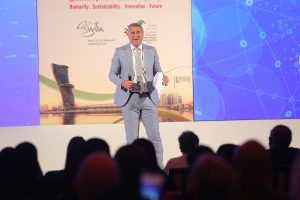 Dr. Vijitha Perera was given the honour in the prestigious awards that were presented live at the WVA’s 37th Annual Congress in Abu Dhabi, UAE, hosted on stage by Good Call Media’s co-owner, Nik Wood. 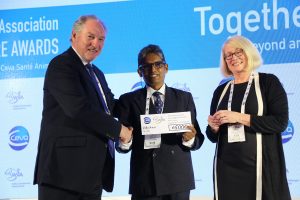 “Prior to the Awards, Covid restrictions meant we could not travel to Sri Lanka to interview Dr. Perera,” said Nik. “We were very keen to have a video record of his amazing work with wildlife, so we were able to give him some simple tips and advice on shooting video footage with his camera and on smart phones…the results were truly incredible.”

Dr Perera works as a wildlife veterinarian at the Department of Wildlife Conservation in Sri Lanka. Operati
ng with a dedicated team, he deals with all types of animals from endangered pangolins, to wild cats and elephants that are injured in the wild or areas of conflict.


He is an award–winning author on animal welfare subjects and spends much of his time educating adults and children about the value of animal welfare in Sri Lanka’s rich population of wildlife.

Watch out for more video reports in this series coming up soon. Click below to see Vijitha’s video

Our Expertise in Construction and Building is Growing
Scroll to top