END_OF_DOCUMENT_TOKEN_TO_BE_REPLACED

We are proud to announce that Good Call Media has been selected again to produce the launch video for the Made in the Midlands Awards, which celebrate the best of manufacturing in the Midlands region of the UK.

The 2017 Awards, staged by Insider Media, will take place on the 18 May at the Hilton Birmingham Metropole Hotel as part 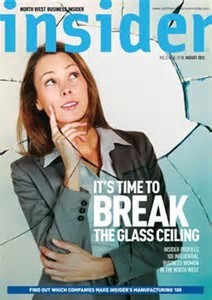 of a black tie dinner which is one of the highlights of the social calendar for the region’s manufacturers with past attendees ranging from AGA and Aston Martin to JLR and JCB.

Click here to see our video for the 2016 Awards.

Our brief this year is to interview some of the winners of the 2016 Awards and spotlight their contribution to the manufacturing might of The Midlands and their thoughts about winning the Made in the Midlands Awards. The sponsors of the 2017 event will also feature in the video, which will be played at the beginning of the Awards ceremony

The project is the latest in an ongoing relationship with Insider Media and our company has also produced content for the Yorkshire Property Industry Awards, the Made in the UK 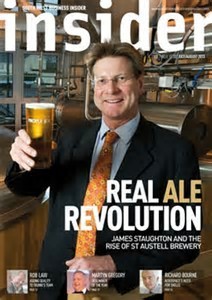 Awards and the Made in Sheffield Awards.

Insider is the UK’s most successful regional B2B media company. Today, Insider’s five regional B2B magazines are read every year by over 200,000 subscribers; they host over 140 market-leading events including award dinners in all regions outside London. Insider also has the UK’s only nation-wide network of regional news emails with 140,000 subscribers and a web site with over 250,000 unique users.

“Our relationship with Insider Media is really important to us,” said Good Call Media co-owner, Fiona Molloy who produces and films out of the Insider projects around the country. “We love to celebrate the fact that manufacturing is definitely not dead in the UK. Far from it, the companies we visit show that manufacturing, particularly at the high end, is thriving here and continues to attract the respect and admiration of other countries where quality products and engineering are valued.

Watch out for the release of the Made in the Midlands 2017 Awards video which will follow the Awards ceremony in Birmingham on May 18. You can book tables at the event by clicking here.

The 2017 Ceva UK Animal Welfare Awards were celebrated in a glittering ceremony at the Burlington Hotel in Birmingham UK and Good Call Media’s cameras and presenters were there to highlight the event. 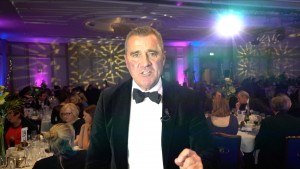 Nik Wood was MC at the Awards

Click here  to see the overview video of the Awards, which which are in their seventh year and celebrate those individuals and teams who go above and beyond when it comes to maintaining and improving welfare for domestic, wild and farmed animals throughout the world. 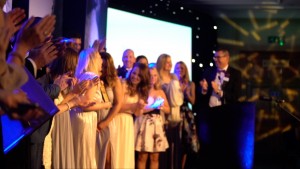 The Ceva UK team on stage

Good Call Media’s Nik Wood acted as Master of Ceremonies on the night as part of our ongoing partnership with Ceva. Colourful ‘back story’ videos filmed by another Ceva partner, Mike Benjamin, were shown at the Awards illustrating the work of the short listed individuals and teams and interviews with the winners on the night were combined with these films to provide social media clips for all the winners and sponsors within minutes of the end of the ceremony.. 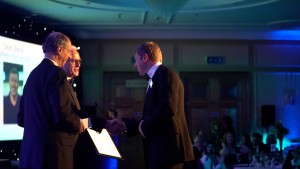 The awards are handed out.

Ceva also revealed that, together with the World Veterinary Association, it is to stage the first Global Welfare Awards which will be held in South Korea in August this year and Good Call Media will be supporting that event.

Ceva’s support for the awards are part of their ethos of going ‘Together Beyond Animal Health’ and is the latest of a series of events held around the globe where they are leading the way in areas such as animal welfare, the reduction of antibiotics use in treating animals and helping to provide the world with healthy and sustainable food sources as the demand for protein grows, especially in developing countries.