£281,000 – that was the grand total raised by Variety the Children’s Charity at the glittering 2019 Yorkshire Property Awards and Good Call Media has been thanked for our significant contribution.

Within just a few minutes of the Awards finishing, Good Call media was putting the finishing touches to a colourful and dynamic overview video which captured the many highlights of the evening and featured key figures from Variety and, of course, the local property scene. To see the video Click Here 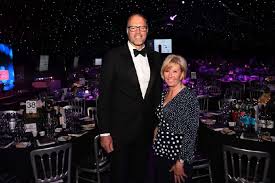 We have partnered with Variety Yorkshire and also Variety London for several years now and support many of their headline events which help to raise badly needed funds for children and young people who face challenges in their everyday lives. The Yorkshire Property Awards, held in a huge marquee in the beautiful grounds of Rudding Park Hotel,

near Harrogate, now attracts over 1000 property professionals from the region and it’s a sell out every year!

Good Call Media prepared no less than 16 videos for the event itself, including a spoof video based on the Peter Kay version off the song ‘Amarillo’ and featured a cavalcade of well know property figures from the Yorkshire industry.

Variety Yorkshire’s Chairman, Elaine Owen, contacted us after the event and said: “All the feedback we received about your films was extremely positive, Amarillo was said to be the best opening video to the awards yet – bring on next year.”

The evening was a total success and part of the £281,000 will be used to fund the next Variety Big Build project in aid of Green Meadows School in Guiseley, Yorkshire, to improve the lives of the children at the school for many years to come.

This year’s Awards was presented by former rugby star Martin Bayfield who is popular with the Yorkshire crowd. Watch out for further details of the winners’ videos from the event in our Breaking News section in the weeks to come.

It’s been an unbelievable first half to the year for Good Call Media – which is why we have hardly had time to update our newsroom!

But news was very much on the agenda for one of our latest projects. 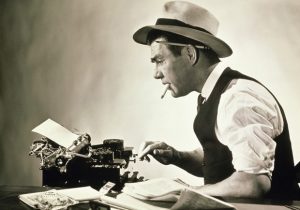 We travelled to Bordeaux to the headquarters of one of our main customers, Ceva, to stage a dynamic training session in writing new stories. Our background as newspaper and broadcast journalists came to the fore when communications ambassadors from Ceva’s 55 offices worldwide to share their skills and learn new ones as the global veterinary health company continues to grow.

Good Call Media’s Co-owner, Nik Wood, said:”We take it for granted that we can easily construct a news story because of our 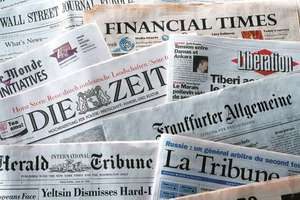 training in journalism but for many people, writing an article for a website or intranet or even a press release can be quite stressful.

“Ceva’s own intranet has expanded so rapidly that they communications ambassadors are expected to write regular articles so we were asked to use our expertise and design an interactive news writing course for this gathering.”

Good Call Media designed a realistic scenario that was played to the audience in video format. They were then challenged to write a news story based on the video in one hour. The winners received an ice cold bottle of champagne at the dinner in a Bordeaux restaurant that evening. Needless to say we were on hand to help them drink it!

Good Call Media has been filming in Rwanda, Africa.

The remarkable economic turnaround of Rwanda, 25 years after the genocide that divided the nation, was the backdrop for our project filming for the Ceva Reprosymp event. 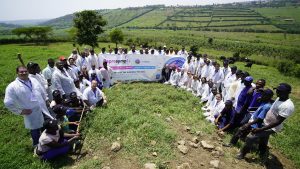 We used our drone to capture the big group shot 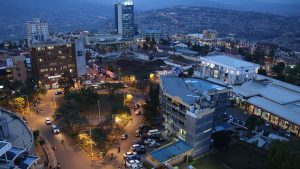 We filmed in the conference chamber but also at a series of workshops held on a working dairy farm for the project, which included key opinion leaders, experts in reproduction, ministry officials and veterinarians from many regions of Africa. Our drone was also in use at the farm used by the conference to illustrate the latest thinking in reproduction methods.

With an African population expected to grow from 1.3 billion inhabitants in 2018 to 2.7 billion by 2050, improved methods of livestock production are considered one of the major levers to answer the food challenge this continent is facing.

It is in this context that Ceva Intertropical Africa organised its first forum which aimed to share experiences from initiatives accross Africa with various stakeholders. The REPROSYMP brought together to Rwanda more than 60 opinion leaders coming from 18 countries across Intertropical Africa.