Congratulations to Variety The Children’s Charity for raising a massive  £111,200 at this year’s Yorkshire Business Awards, held in Leeds.

Our videos were used to kick off the main awards and also featured a video report on the special appeal held at the lunch to raise funds for a project at a children’s hospice in the region.

Guest speaker Sir Chris Bonington, the UK’s most accomplished mountaineer, spoke about his inspirational 60 year career and Rosemary Shrager was named winner of the Yorkshire Legend 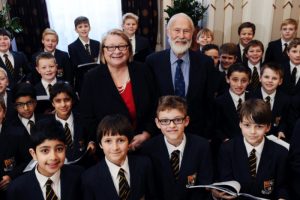 Award, as well as being named an ambassador for the charity.

Huddersfield Town FC owner Dean Hoyle was named businessman of the year, supermarket giant Morrisons won board of the year, pest control firm Pelsis won best SME award and Heck! Food ltd won best young business.
Dean Hoyle said: “It’s not about individuals, it’s about the team. “I had a wonderful team there (at the Card Factory). They really helped me deliver. I couldn’t have done it by myself. “Football is

very similar. You can have the best players on the pitch, but if you don’t have the leadership, and we had the magnificent David Wagner, then I wouldn’t be standing here today.
Speaking of Huddersfield Town’s promotion to the Premier League he said: “It’s put the town on the map, it’s put Yorkshire on the map.”
Accepting the award for board of the year Julian Bailey, PR director of Morrisons, said: “We’re really known for being a Yorkshire company, so it’s great to win an award in Yorkshire. “It’s a team effort; we’ve got 100,000 people working every single day to deliver customers brilliant food at a fair price.”
Pelsis CEO Peter Mangion said: “We’ve grown mainly by acquisition over the last seven years or so. We’ve done seven deals. That will continue to be the case going forward.”

The countdown has begun to one of Yorkshire’s premier social events – the annual Yorkshire Business Awards organised by Variety The Children’s Charity…and our dynamic video will kick off the ceremony.

The event is being staged at the Queen’s Hotel in Leeds on Friday December 8.

We’ve been filming with some of the shortlisted nominees for the Awards which feature categories such as Business Leader Of The Year, Yorkshire Board Of The Year, SME Of The Year and Young Business Of The Year, celebrating all that is best in Yorkshire business.

A second video, filmed by Good Call Media’s Fiona Molloy, will highlight the moving story behind the appeal that will be run by Variety as part of the fund raising event.

Variety has provided over 5,000 Sunshine Coaches in the past 51 years, nearly 200 of those are run on Yorkshire’s roads. Our Sunshine Coach programme enables children with disabilities to develop their life skills by

enjoying activities such as riding for the disabled, swimming lessons, residential trips and accessing Variety at Work (Variety Great Days Out).

Australia provides the backdrop for our latest international filming assignment.

As part of our partnership with world wide animal health company, Ceva, we are creating videos looking at a variety of subjects including products to improve sheep production and a successful campaign to help improve the health of Australia’s population of iconic koalas.

Ceva is recognized as an expert in the field of small ruminants reproduction. Innovation has been the driver for Ceva

when developing products for small ruminant veterinarians and producers. The use of melatonin (Regulin®) as a reproductive tool was one of the latest contributions of Ceva in this field and we will be filming a video report in connection with the work being carried out in as part of this process in Australia.

Regulin® is designed to reduce the number of dry ewes.  This occurred in 96% of the trials conducted. Trials have shown that there is a reduction in the number of non-pregnant ewes by over 30%. 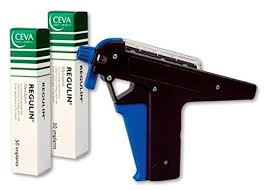 In the absence of other identifiable fertility problems, the lower the lambing percentage, the more potential Regulin offers to reduce dry ewes.

A further benefit is there is less variability in lambing percentages.   Increased twining also is a result of Regulin.  These are from ewes that would have produced twins had they been joined in Autumn.

Australian koalas are being successfully cured of a life-threatening disease, chlamydia, and released back into the wild, thanks to the help of global animal health company, Ceva Santé Animale. 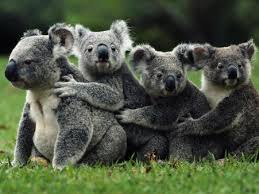 Between 30 and 50 per cent of the Australian koala population in the wild were suffering from chlamydia. There were fears that the sexually transmitted disease, which causes infertility, blindness and even death, could eventually wipe out the entire koala population.

Ceva Australia had stopped manufacture of chloramphenicol, an older type of antibiotic, when they learned that it was the primary drug used to treat chlamydia in koalas.  Dr. Finola McConaghy, Ceva’s Technical Services Manager, was in contact with fellow veterinarians at the world famous Australia Zoo in Brisbane and offered to manufacture a new batch of the medicine to help combat the problem. Now other animal centres in Australia are treating their own koalas affected by the disease.

We will be travelling to Brisbane to update the story of Ceva’s role in helping to combat a growing problem of chlamydia, which has been threatening the health of the famous marsupials.

“I can’t emphasise enough how vital this drug is for treating chlamydia in koalas. We’ve tried multiple different drugs, and there is simply nothing as effective as this is. We’re eternally grateful for Ceva coming on board and agreeing to manufacture a large batch of this drug for us.”

Martin Mitchell, Group Communication Director of Ceva Santé Animale says: “When we learned of this problem we were delighted to react and play our role in safeguarding this iconic marsupial. Ceva is committed to combatting disease in animals to protect their welfare, not only is this the right thing to do, in the end we also help protect ourselves and importantly our environment.”