In any company good communication at every level and in every part of the business is imperative; especially when operating across the globe.

Successful power convertor company XP power really do understand that and that’s why their Chief Executive Duncan Penny asked Good Call Media to produce two engaging internal news bulletins for the whole the organisation. We have been working with the company for some time now and it is great to get to know so many of the employees and hear about the future plans for the growing business.

Good Call Media has been based in Kansas City, Missouri in the U.S. for its latest assignment for world wide animal health company, Ceva, one of our key clients. 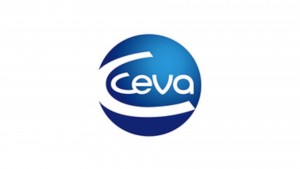 Our cameras were on hand to capture the main elements of the convention staged by Ceva’s North America business, which highlighted the continued growth of the company in the United States and Canada.

Footage from the filming will be used on Ceva’s own internal video news service, Ceva TV through the intranet platform, Galaxy. The service is seen by all of Ceva’s personnel in over 40 offices throughout the globe. Content can be uploaded direct to Galaxy from the events itself and the intranet news feed has become a key part of Ceva’s global communication strategy.

Ceva has a number of new products coming to the market in the zones and is also building a new production facility at its Ceva Biomune campus in Lenexa, close to Kansas City.

The Ceva Awards were also staged as part of the event and many of the most motivated and successful members of the Ceva team, past and present, were recognised in the awards.

We were proud to play our part in the glittering 2016 Variety Yorkshire Property Awards that raised a staggering £175,000 for Variety the Children’s Charity in Yorkshire – well done to the organisers for staging such a fantastic event.

We were commissioned to produce all the video content for this year’s ceremony and Variety really pushed the   boundaries by using no less than six individual videos to illustrate the fantastic work carried out by the property industry in Yorkshire over the last 12 months and looking ahead to the future as the in-out debate over Europe rages on.

Our thanks go to Charlotte Farrington, Variety’s energetic Yorkshire Regional Development Manager and Duncan Syers of Town Centre Securities who has served on the Yorkshire Committee of  Variety for many years, for their trust in our work. The project was produced against very tight deadlines and involved filming at many of the prestigious projects featured in the Awards, which was staged at Harrogate’s Rudding Park.

Click on the images below to see examples of our colourful Gamechanger videos that were shown on the night. 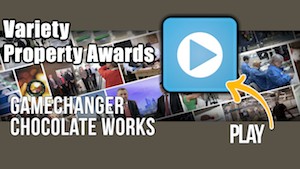 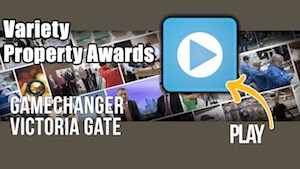 The Made in Sheffield 2016 awards were another triumph for our video making skills against tight deadlines.

We were commissioned to make the video that would launch the Awards on the night of the prestigious event that celebrated the best of modern manufacturing and design in the Sheffield City Region. This year the theme for the Awards was skills.

Made In Sheffield is one of the worlds great brands, made famous internationally as a mar 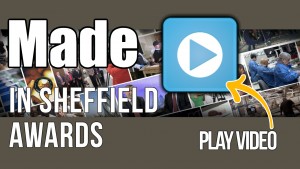 k of origin and quality on the citys manufactured products.

For our video, we interviewed business leaders from the companies that featured in last year’s awards who spoke about the benefits that the recognition brought them. We also spoke to sponsors and judges of the 2016 Awards, including school pupils who are planning to take up an engineering career. They spoke about their reasons for choosing engineering and included students who are planning to train as accountants, marketers as well as technical employees.

It’s the third year that Good Call Media has been chosen as the official provider for the Awards.