We are nimble and highly trained. A correspondent and presenter and a director and producer with huge experience and the ability to shoot video and sound on our own cameras as well as editing and creating graphics means we are flexible and cost effective.

Our background in presenting and producing fast-moving news and current affairs programmes means we are equally at home in front of a live audience and our international credentials are second to none when it comes to operating on a global scale.

It also means we can take the strain when it comes to planning your project.

So who are we? 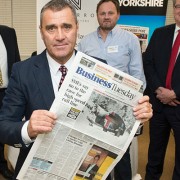 Nik is a correspondent and presenter. His career in journalism spans regional and national newspapers, radio and television. His early years saw him reporting on everything from the ‘front line’ of the conflict in Northern Ireland, to the terrorist controlled areas of Colombia and the highly charged financial markets of London, Asia and the USA.

He has interviewed four UK prime ministers, presidents of African nations and countless chief executives and leaders of international businesses. He was appointed as a business correspondent with BBC TV and radio specialising in live broadcasting and also anchored flagship BBC programmes such as ‘Business Breakfast’, ‘Wake up to Money’ and ‘Working Lunch’.

However he has maintained his connection with journalism and still works regularly for BBC World TV. 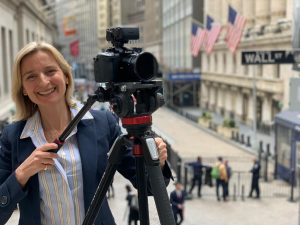 Fiona joined the BBC direct from university as a researcher for radio and television. She was quickly promoted to the BBC’s business unit and worked as a producer on the ‘Today’ programme on Radio 4 and television programmes including ‘Business Breakfast’, ‘Wake up to Money” and ‘Working Lunch’.

She was headhunted into the independent television sector by Endemol as a producer/director on the successful reality show ‘Pet Rescue’ on Channel 4 and went on to produce and direct documentaries for The Discovery Channel and Meridian. Latterly she worked for ITV news and the ‘Daybreak’ programme before jointly setting up Good Call Media.