Our work with the fantastic Children’s charity, Variety, continues.

We produced the appeal film for the glamorous Secret Garden Crystal Ball held at the Ripley Castle Estate, Harrogate. It was a wonderful evening that raised thousands of pounds for Springwater Special School in Harrogate. The charity was aiming to provide the school with a state of the art sensory room, a trampoline area and shelter for the playground. 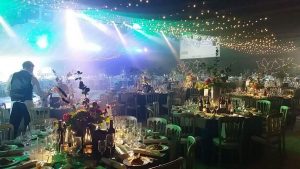 The video formed a key part of the charities fundraising activities that night and told the moving stories of some of the children and their families who are currently at the school and love it; but also highlighted the desperate need for better facilities.  This is the third appeal film we have produced for Variety Yorkshire.  We have also produced awards videos and helped them to host the Yorkshire Property Industry annual dinner with an audience of  almost a thousand people.

Click here to watch the Springwater appeal film and see the great work they do.

Filming is underway for this year’s prestigious Made in the UK 2017 Awards.

We are busy touring the UK, visiting companies that were successful in last year’s awards and the sponsors of this year’s event, reflecting the very best of UK manufacturing.

And it’s not only the companies that are being featured – the Awards also celebrate the best of people training and development with recognition of apprenticeship schemes that ensure skilled jobs are available for young people entering engineering and manufacturing.

The 2017 Made in the UK event is the fourth year that this manufacturing awards dinner is being held. It is scheduled to take place on Thursday, 22nd June 2017.

The event is two events in one day. The day begins at the Merseyside Maritime Museum at the Albert Dock, Liverpool, with 8 mini – conference sessions focusing on specific manufacturing sectors. The conferences aim to update manufacturers operating in the specific sectors bringing them the latest information about futuristic developments that will impact on manufacturers in the near future.

The second event is the awards dinner which is one of the UK’s largest national manufacturing awards dinners and will feature the kick-off video that we produce on behalf of the Insider Media Group.. It takes place at the Titanic Hotel on the 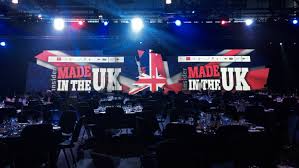 waterfront, Liverpool during the evening of Thursday, 22nd June 2017. This event is the national final where the winners from 10 regional Made in events come together to see who the overall national winners will be. The regional events take place in Yorkshire, the North West, Ireland, Midlands, South East, Wales etc.

Watch out for the video after the event takes place – we are expecting all of the winners to repeat the film on Facebook, Twitter, Linked In and other social media outlets to share with their workforce and customers the news that they have been named the best in class in this year’s Made in the UK Awards.