September 2016 saw the Good Call Media team operating out of Beijing, China as our client, Ceva Santé Animale, staged a series of events to tie in the the 2016 World Poultry Congress (WPC) held in the city.

The Congress brought together key stakeholders and opinion leaders from the world of poultry and is a major showcase for the industry. Our own Nik Wood acted as facilitator on stage for both Ceva events and we also filmed Ceva experts and external speakers for use on social media  and Ceva’s own world wide intranet site, Galaxy. 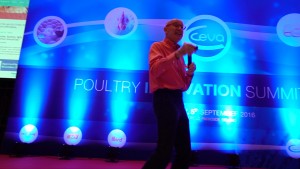 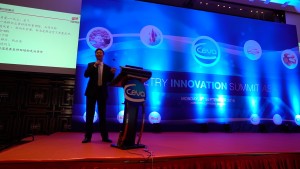 Ceva began the week with its Poultry Innovation Summit Asia, held at the Marco Polo Hotel, just a short distance from the Beijing International Convention Centre which was the location for the WPC as delegates began to arrive in China for the start of the Congress. Speakers covered a series of subjects including ‘Consumer Trends to 2020’, ‘Hatchery Automation’, ‘Poultry Disease Trends’ and the issue of biosecurity.

Later in the week, during the WPC, over 250 people packed into a room at the International Congress Centre where Ceva hosted a symposium entitled New Vaccination For Better Disease Control. It was the most popular symposium of the WPC and included a presentation by Professor Zhao Jixun of China’s Agricultural University, who is a world renowned expert on poultry and an advisor to the Chinese government on disease control.