Our video for the organisation AnimalhealthEurope to promote their #animalhealthmatters campaign went down really well with the audience who viewed it for the first time. 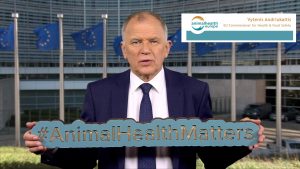 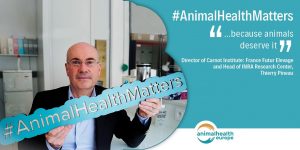 The campaign is featured prominently on social media channels

The video, which can now be seen on AnimalhealthEurope’s YouTube channel and social media outlets including Twitter, involved filming different people connected with animal health throughout Europe and editing them into a dynamic video montage. This is also supported by a series of in-depth interviews

AnimalhealthEurope’s PR Manager, Clare Carlisle, who masterminded the project, wrote to us and said:

“Just a quick note to say all the people at our drinks last night loved the video!

I got lots of compliments on the quality of participants giving us a quote and they loved that we featured animals as well in a number of the shots. A few people who came late even asked me to send them the YouTube link as they missed it but heard from others it was really good.

So fabulous job all round!” 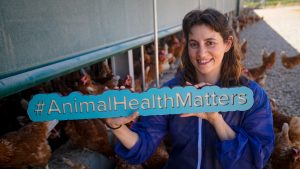 We look forward to the possibility of working with AnimalhealthEurope again in the future and keep a watch out for the final case study in the series when we feature a successful Spanish poultry farm run by an entrepreneurial woman who also cares deeply for her animals.

Our latest project for AnimalhealthEurope took us to an area of Spain between the coastal city of Valencia and the medieval inland gem of Cuenca. 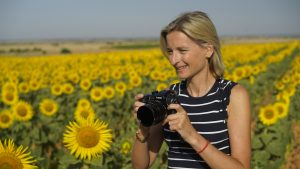 We were there to feature a fascinating poultry business, managed by Sandra Garcia Carmona, a Spanish entrepreneur who is helping to run a family businesss that has roots in the region. #animalhealthmatters is an innovating project masterminded by AnimalhealthEurope to highlight the growing profile of animal health and welfare.

The latest interview in the campaign will be released shortly so watch out for its appearance throughout numerous social media channels. 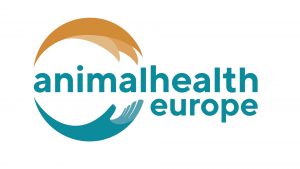 Our client XP Power have turned in more positive financial results and they are looking to recruit the best people so we have stepped in with videos to highlight both of these subjects.

We set up our own studio in their UK offices for the financial interview with CEO Duncan Penny and CFO Gavin Griggs. To see the video report on the company’s latest interim results, click here

Our videos will support recruitment at XP

The Group has had a good first half of 2018. Their reported order intake, revenues and earnings for the first six months of 2018 were comfortably ahead of the equivalent period in 2017, offsetting the impact of Sterling appreciation year on year. The Group benefited from the continued momentum in the capital equipment markets and, significantly, new design wins entering their production phase. The resulting solid growth in earnings and cashflow generation, and our confidence in the Group’s outlook, support a further increase in the dividend.

As a result of their expansion and success in recent years, XP Power are also looking to expand their workforce across the globe and Good Call Media is preparing a series of video projects to support that strategy. Interviews with existing XP personnel will be used to illustrate the quality of the opportunities available at the company, which operates in the UK, Europe, Asia and the USA.

The end of the summer holiday period in the Western Hemisphere can be a depressing time for some but here at Good Call Media we don’t have time to consider the weather – we’re too busy coping with yet another record breaking  pipeline of projects! 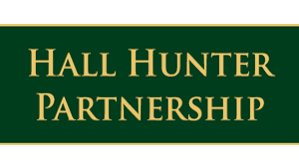 September saw us start the month working for a new client. Hall Hunter Partnership is one of the UK’s most    successful fruit growers. The family business was formed in 1966 and is now a leading  UK grower of strawberries, raspberries, blackberries and blueberries and its major UK customers include, Waitrose, Marks & Spencer and Tesco.

The company relies heavily on workers who travel to the UK from other European countries including Poland, Bulgaria and Romania and we have been commissioned to make videos in four different languages to help attract future staff to the business…watch this space for more details.

We then travelled to Namur, Belgium, for the latest filming project for Volition RX, our existing customer who are pioneering new, affordable methods of predicting cancers through a simple blood test. Our drone came in handy when we needed to shoot some great shots of the Namur region for the film. 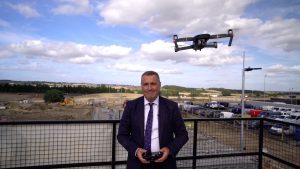 Filming with our drone

We took to the air with the drone again a few days later when we headed north in the UK to make the video launching the latest Yorkshire Property Industry Awards for Business Insider magazine. We filmed on a series of developments in Hull, Leeds and South Yorkshire for the film. 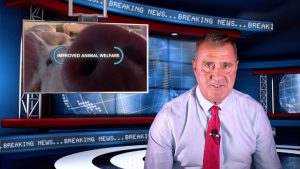 We are also delighted to announce that we will be circumnavigating the globe again in 2019 to support the 3rd Global Animal Welfare Awards, organised by the World Veterinary Association and our patron client, Ceva Santé Animale. We will film the six winners in the different continents covered by the Awards and then host the ceremony itself   which will be held in Costa Rica, Central America in April 2019.

This year a new category has been added to recognise a student veterinarian who has gone ‘above and beyond the call of duty, when it comes to promoting the subject of animal welfare in their work and studies. Last year we travelled to Canada, Brazil, Scandinavia and Senegal in West Africa to interview and film the finalists for the 2018 awards. We will also be developing a new programme of presentation training for Ceva personnel.

And this is just the start of our workload that will take us to the end of 2018 and into 2019…roll on winter!