We have worked again with XP Power to produce a video highlighting the organisation’s interim financial results and, yet again, it’s a good news story.

Click here to play the video report highlighting the results. 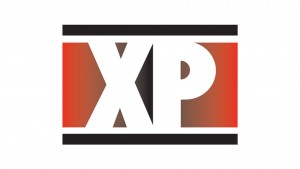 And here is an extract of XP’s interim financial statement:

“The Group has had a very strong first half of 2017. Our reported order intake and revenues for the first six months of 2017 all set new records, assisted by the weakness of Sterling, a recovery in the capital equipment markets and, significantly, new design wins entering their production phase. The resulting solid earnings, cashflow generation and our confidence in the Group’s outlook support a further increase in the dividend.

We have continued to execute well against our strategy and, most encouragingly, we are now seeing the positive effect from design wins on the newer product introductions. The successful implementation of our strategy continues to drive market share gains and we are encouraged both by the strength of our order book and our continued new program wins. Our strong performance is 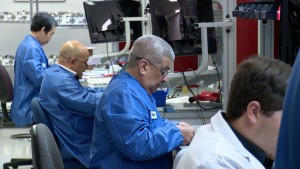 enabling us to invest part of the cash generated from this revenue growth to expand our engineering capabilities and fuel our future growth.

Our strategy and value proposition

The Group has applied a consistent strategy of moving up the value chain and our growth derives in part from the targeting of key account customers. Once we are approved to supply these larger customers, we have continued to be successful in gaining a larger share of their business. We also continue to expand the breadth of our product portfolio, both organically and by acquisition, in what remains a highly fragmented sector, therefore enabling us to increase our addressable market.

Our value proposition to customers is to reduce their overall costs of design, manufacture and operation. We achieve this by providing excellent sales engineering support and producing new highly reliable products that are easy to design into the customer’s system, consume less power, take up less space and reduce installation times.

Our vision is to be the first choice power solutions provider, delivering the ultimate experience for our customers and as a place of work for our people.” 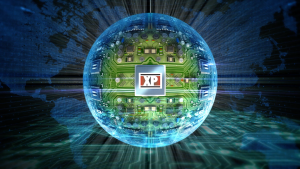 Our filming in Japan has proved to be a big success.

We are working with a new client in Japan…more will be revealed in the Autumn when we interview a number of the company’s clients in Europe as part of the major video project, designed to raise the organisation’s profile in the Eurozone.

Filming has taken place in Tokyo, Yokohama and Kobe where our team had to deal with a typhoon that hit the area followed by a minor earthquake! We were told that this was all part of day to day life in Japan.

Click here to see a flavour of the filming assignment in this wonderful country. 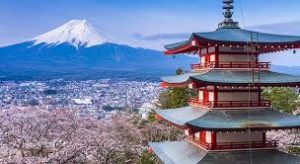 Good Call Media is back in Asia – this time filming for the first World Veterinary Association animal welfare awards.

Nik Wood will be hosting the Awards at a ceremony being held at the WVA’s 33rd congress being held in Incheon. Thousands of veterinarians from every corner of the globe are attending the event and a big crowd is expected for the Awards event, which will include videos recorded in six different continents.

Click here to see a video look-ahead to the event shot and edited by Good Call Media. Video reports featuring the six winners will be released shortly. 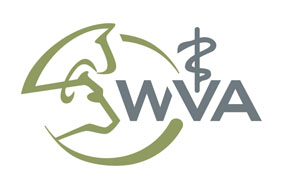 owners, hostels, fellow veterinarians, and the public. Each award recipient will have demonstrated best practices in their consistent commitment to improve and educate about the welfare of animals.

The Global Animal Welfare Awards 2017 will be presented to one selected veterinarian from each of the six WVA regions (North America, Latin America, Europe, Africa, North Africa/Middle East and Asia/Oceania).

The WVA President, Dr René Carlson said; “The WVA applauds this partnership with Ceva Animal Health to recognize veterinarians from around the world for their efforts to improve animal welfare and eliminate animal suffering. Such recognition is not only important, it is necessary to bring continued awareness to the benefits of good animal welfare for animals, people, and society. It is well recognized that good animal care can have far reaching and positive benefits in a number of areas, including human physical and psychological health, social development, poverty and hunger reduction, disaster management and environmental sustainability.”

For Ceva Santé Animale, Dr. Marc Prikazsky Chairman & CEO said, “I am very proud that as Chairman of Ceva, we are able to accompany the WVA in the creation of these important new awards.; As a veterinarian, I have felt for some time, that the profession needed to bring welfare back to the centre of what we do. Animals contribute enormous value to our society and as veterinarians we have a pivotal role to ensure that their health and welfare is always a priority. I look forward meeting the inaugural winners of the Awards”.