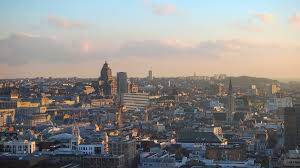 Our highlights video from the annual meeting of AnimalhealthEurope (AHE), held in Brussels has gone live.

The video(see below) features prominently on the page created on the AHE website and will also be included in the organisation’s online newsletter sent out to all members.
The event, entitled Food & Farming: well-fed or fed up?, gathered representatives of the livestock food chain along with consumer, animal welfare and environmental interest groups, and policy-makers. The debates invited a lively exchange of views on food, nutrition and farming, as well as on divided public perception, consumer demands and how to identify the facts when it comes to livestock production in Europe. 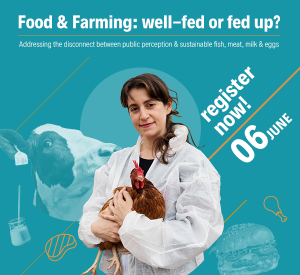 A strong social media commentator on the role of livestock in healthy diets, Professor Frédéric Leroy from the Brussels Free University (VUB) addressed current conversations on diets: “While the incidence of cardiometabolic illnesses is on the rise, attempts at dietary guidance towards healthier diets are becoming more controversial and autocratic, thus contributing to further polarization.”

Speaking about the future of livestock and its contribution to sustainable development, Dr. Henning Steinfeld from the UN Food and Agriculture Organisation said: “Improvements can be made, in particular through integrated policies and practices that target multiple objectives. Solutions for animal health and animal welfare and lowering livestock’s environmental footprint, need to be based on a broad consensus among stakeholders, including consumers.”

Concluding the debates, AnimalhealthEurope President Wijnand de Bruijn promoted an improved animal health management approach for the future of livestock production in Europe, and he raised a challenge to food chain stakeholders concerned about current trends influencing policy: “Less than 1% of conversations on food and farming online are driven by agricultural stakeholders which can fuel misperceptions and drive unrealistic expectations of food producers. We would encourage the livestock sector to be open to exchanges and to share their stories to encourage greater understanding and to show that consumer concerns are not being ignored.”

The video was presented by Good Call Media’s Nik Wood who also filmed the Brussels meeting. It’s the latest assignment in a series of projects that we have carried out for the organisation. Throughout 2018 we were commissioned to shots and edit videos in every area of Europe in a dynamic campaign that saw politicians, farmers, vets and consumers talk about ‘Why Animal Health Matters To Me”.