When he is not working at his job at the Tuxedo Animal Health Clinic in Winnipeg, Canada, Dr. Jonas Watson can be found treating animals in remote indigenous communities in northern Canada and particularly in Manitoba, both regions of which are under-served by mainstream veterinary services. The programmes he 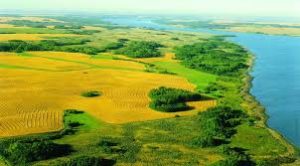 supports operate alongside non-profit organisations such as the Save A Dog Network and often involve packing up veterinary equipment and supplies into small aircraft to fly into the communities where there is no access by road.

He took part in the ‘Mad Dog’ initiative in Madagascar which was aimed at reducing the problem of stray dogs and cats that threaten the wildlife population of the country but while he was there, he also organised training for local vets to improve their veterinary skills.

Dr. Watson is the current President of the Manitoba Veterinary Medical Association, a member of the CVMA Emerging Leaders Program and sits on several boards including the Canadian Animal Blood Bank and is vice- chair of the Winnipeg Humane Society.

He said: “It’s become a passion of mine to bring veterinary services to communities all over 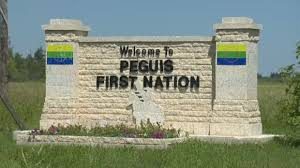 northern Canada, Manitoba and other parts of the world. People love their pets and it’s not that they need to learn more about veterinary services, it’s just that they need access to it.”

We flew out to join Dr. Watson when he travelled with the SaveADog Network in Manitoba to hold a day-long clinic at the Peguis First National community where scores of people turned up with their dogs and cats to receive various treatments as well as a diagnosis from the veterinary team. The WVA Awards were held at the Association’s 35th Annual Congress in San Jose, Costa Rica. Good Call Media’s Co-owner, Nik Wood was on stage to act as host for the event.