Our Made in Sheffield video was a major hit.

Not our words but the words of our client, Insider Media, who organised the 2022 Made in Sheffield Awards. Our video highlighted the people and the companies that are helping the Sheffield City Region become a leading player on the international manufacturing and technology scene.

The quality and excellence of South Yorkshire’s manufacturers was celebrated at the event, held in the historic Cutler’s Hall in Sheffield city centre.

The Awards highlighted the resilience and adaptability of manufacturing companies in the S postcode. Guests heard from keynote speaker Dr Graham Cooley, chief executive of Sheffield-based energy storage and clean fuel company ITM Power. The event was compèred by Manish Bhasin and sponsored by Aon, BHP, HSBC UK, University of Sheffield Management School and The University of Sheffield AMRC. Forged Solutions Group sponsored the drinks reception, Made Smarter Yorkshire & Humber sponsored the networking booklets, and BEStar was the gift sponsor.

Here are the full results:

Sustainable/Ethical Manufacturer of the Year
Sponsored by University of Sheffield Management School
Winner: Gripple
The category shortlisted entries from both long-established firms that have embraced sustainability and younger companies in which sustainability is core to their existence. While the judges recognised the fantastic work the smaller companies are doing, they chose Gripple for the huge impact it is making, leading the field in best practice across the entire agenda – from supply ch 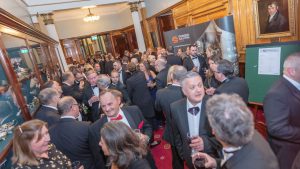 ain, to energy and recycling, to community.

Food & Drink Award
Winner: Binghams Food
Having traded in Sheffield since 1914, the company has been spreading the Binghams word to grow its brand ambassadors, the Bingham Beefies, through social media, and has also
focused on increasing its distribution points and gaining new listings. The judges commended Binghams’ longevity, £3m turnover and British-sourced products.

Apprentice of the Year 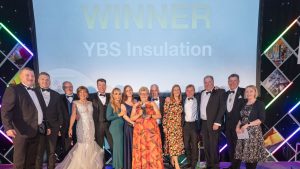 Winner: Ellis Bloomer, Gripple
Described by the judges as “well ahead of the curve”, Ellis is a Level 3 manufacturing technician apprentice who works on the design and build of equipment and parts used in the manufacture of automated machines. To gain entrance onto the Gripple programme, Ellis raised £1,000 for charity by volunteering in Tanzania for four weeks. The judges said that these efforts made him stand out as a driven individual.

Export Award
Sponsored by HSBC UK
Winner: Corrosion Resistant Materials
Corrosion Resistant Materials has been working to maintain its export sales level in the wake of Brexit and Covid. It has shifted its priority to long-term contracts, having increased its original equipment manufacturer approvals and secured some lucrative contracts. The judges praised the company’s demonstrable excellent growth and strategic approach.

Manufacturing Innovation Award
Sponsored by University of Sheffield Advanced Manufacturing Research Centre
Winner: Andel
Andel has developed a market-first system called the Hybrid Leak Detection which can simultaneously monitor for water, oil and gas leaks. The judges described it as a “sensational” achievement, bringing a unique product to mass market, and commended the company’s high-profile customer base.

Manufacturer of the Year (under £25m)
Sponsored by BHP
Winner: YBS Insulation
YBS Insulation has more than 25 years of knowledge and experience, producing in excess of two million metres of reflective insulation every year, with a global customer base and extensive national market. The judges described the company’s growth during the qualifying period as “phenomenal” despite the challenges faced by the construction industry.

Made in Sheffield Award
Sponsored by Aon
Winner: ITM Power
The electrolyser manufacturer raised £250m last year to accelerate its expansion, and plans are in place to build a second UK Gigafactory on the University of Sheffield Innovation District. The judges believed that, from a levelling-up point of view, ITM Power is repositioning the region through its recognition and investmen