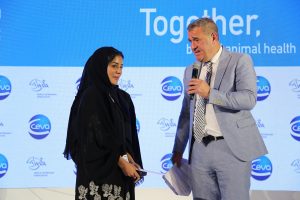 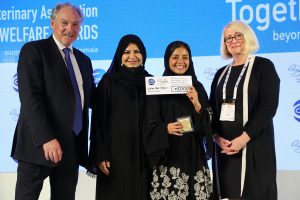 Wadima was one of the first young vets to qualify at the UAE’s own veterinary university and, as well as working in the municipality’s own veterinary centre in Dubai, also works in the Dubai Safari Park on a regular basis. She has also worked on voluntary programmes in different areas of the world, including a programme to rescue cheetahs in a remote area of Africa.

Her home area of the United Arab Emirates was the venue for the 2022 Awards which were held during the welcome event at the WVA’s 37th Annual Congress in Abu Dhabi…the first live event for the Association since the Covid lockdowns globally.

Made in Sheffield video a ‘big hit’
Scroll to top